Charity event in support of Ukraine 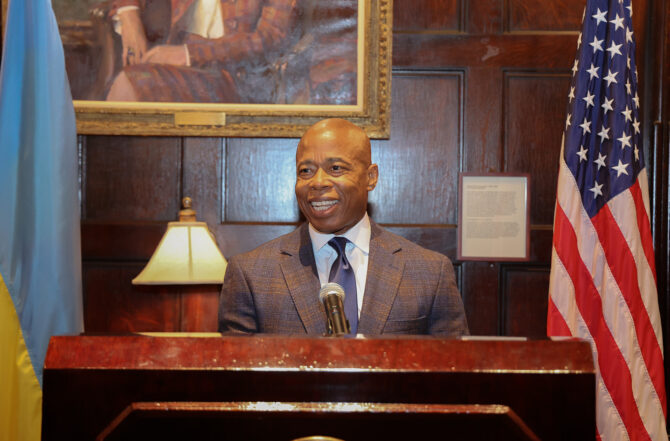 On September 17, at the Harvard Club of New York, the Mayor officially opened the event held by the KSE Foundation.

The event consisted of two parts: a conference on the most pressing problems of Ukraine and strategies for their solution and a charity dinner.

At the conference world experts discussed the future development of the Ukrainian economy, global security, food and energy crisis in Europe.

The experts were Nobel Prize winners, political experts, historians, economists, military and political figures. The charity dinner was opened by Eric Adams, Mayor of New York, who made a statement:
“At the beginning of the war, I heard many people say that the Ukrainians would barely last a few days. However, I confidently replied – “You just don’t know anything about the Ukrainian people”.
The Mayor also noted the contribution of Ukrainian immigrants to the development of New York and the United States as a whole.
The event was dedicated to the courage and resilience of the Ukrainian people. During the charity dinner, the Ukrainians were speaking about their life during the war, about resisting enemy aggression and preserving democratic principles during the war.
The event managed to raise more than one million dollars. All the money will be spent to support and develop talented Ukrainians.